Operational (real-time) Dashboards were a much-anticipated new feature in our UIX release of 2014, as it would be the first time our customers would be able to leverage their existing data for real-time business insight. Prior to Dashboards, most customers were running reports on an automated schedule or using our workbooks. They didn’t have instant visibility into their work and/or business metrics, even though we had the data.

We knew that getting this data in front of people faster, could lower reaction time and in turn, increase their profitability. 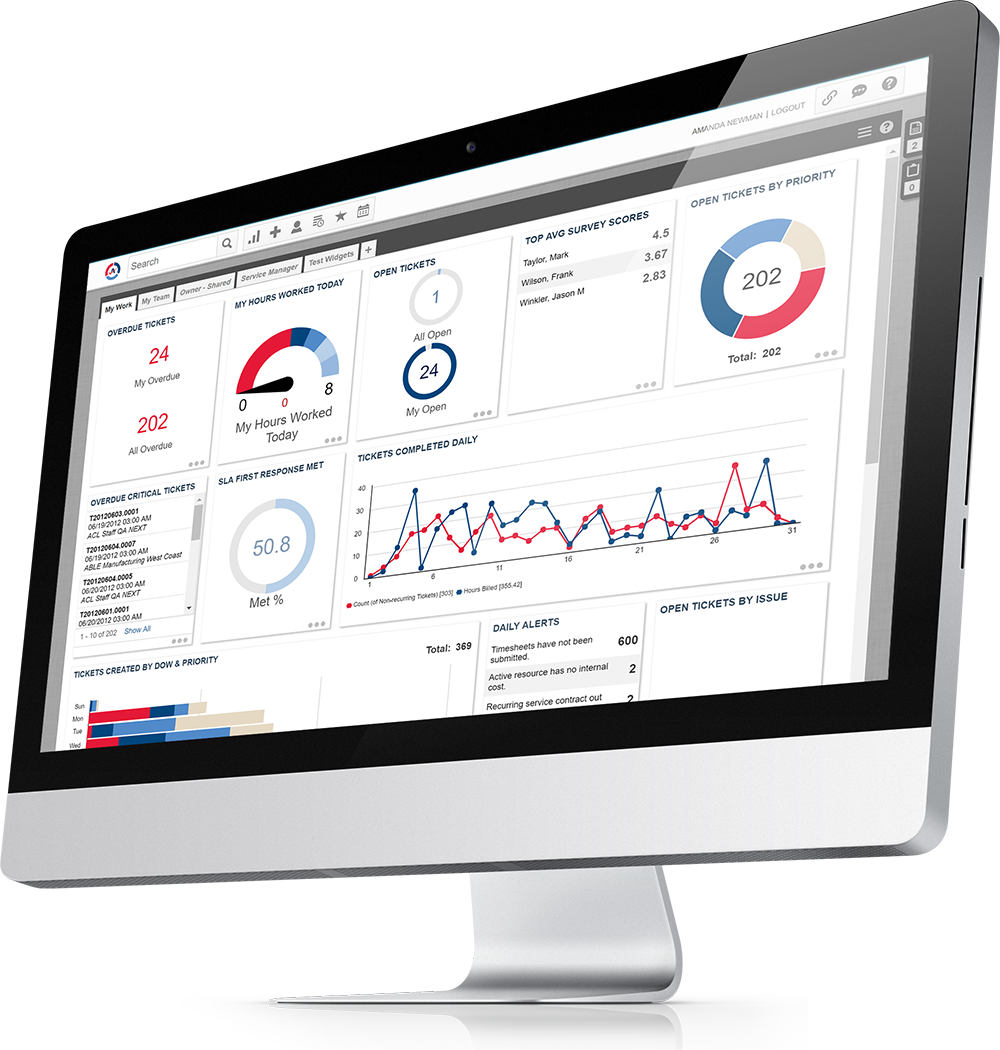 After the initial vetting of the feature itself, we recognized that there was more to understand about what each unique customer needed from dashboards. We consulted our personas and set out to gather more data about what different types of users needed to be effective in their roles.

We knew this effort would help us design a more friendly experience, but mainly it would help us learn about our users needs by organizational role. This way, we could ship with targeted and valuable default dashboards and dashboard widgets, already configured for them, requiring a minimal investment of time to be up and running (and to get any direct reports up and running).

How did we do it?

With our annual user conference coming up, we knew that we would have access to a large base of extremely invested customers (who are often excited to give us their time and feedback- a dream come true!).

Unable to get people hands-on with live code, and thinking that an Axure prototype would be too constricting (we didn’t want our customers to only think inside the confines of our “best guesses”), I designed a physical prototype.

Participants were stationed at a magnetic whiteboard easel, and given foam-core “widgets” laminated with a clear coating of contact paper (allowing them to be drawn on with the supplied dry-erase markers). We asked participants to create their ideal dashboard on the easel, using widgets with charts based on our examples, or entirely of their own creation.

During the exercise, participants were encouraged to talk about what they were creating. That information was then captured, I photographed their dashboards, and asked a series of follow-up questions (both about their creations and also about the nature of their role and responsibilities). Also noted was their name, title, and organization to help inform our new personas.

My expectations were that participants would be a little taken aback by the activity (possibly comparing it to making “macaroni pictures”), but everyone was a great sport and many participated enthusiastically. After they had completed the activity, myself and other conference staffers received a fair amount of feedback from customers about how much they actually enjoyed their time spent on it. Win-win!

Lesson learned: When in doubt- lighten the mood with arts & crafts! 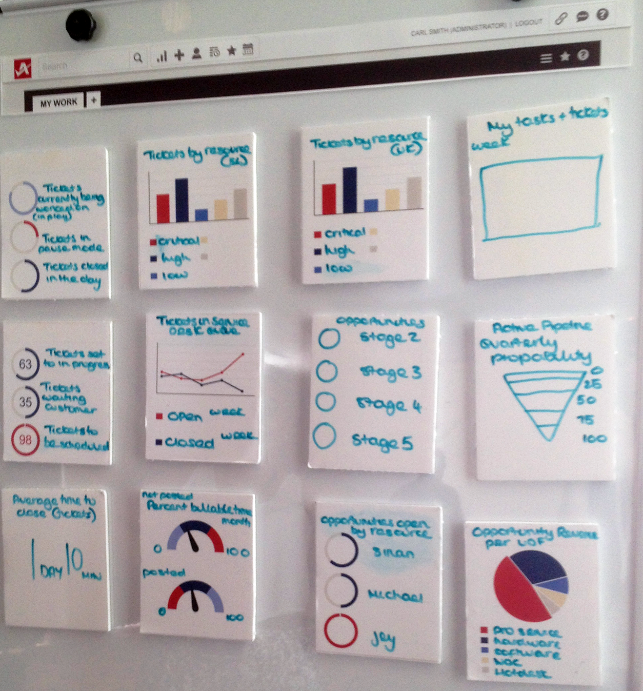 All in all, about 20 people participated. Not a huge sample set, but in this case it was enough to see some trends emerge. We learned much more about the types of data users expect to see, and how they expect to interact with it. We were also able to better envision which types of data and dashboards different organizational roles would need.  This is what we had set out to do.

We shipped with 12 role-based default dashboards, and shortly post-launch we achieved a 95% utilization rate. Years later, that number is between 95 and 100 percent. We’re always making attempts to improve and iterate, which we’ll talk about in Part 2…